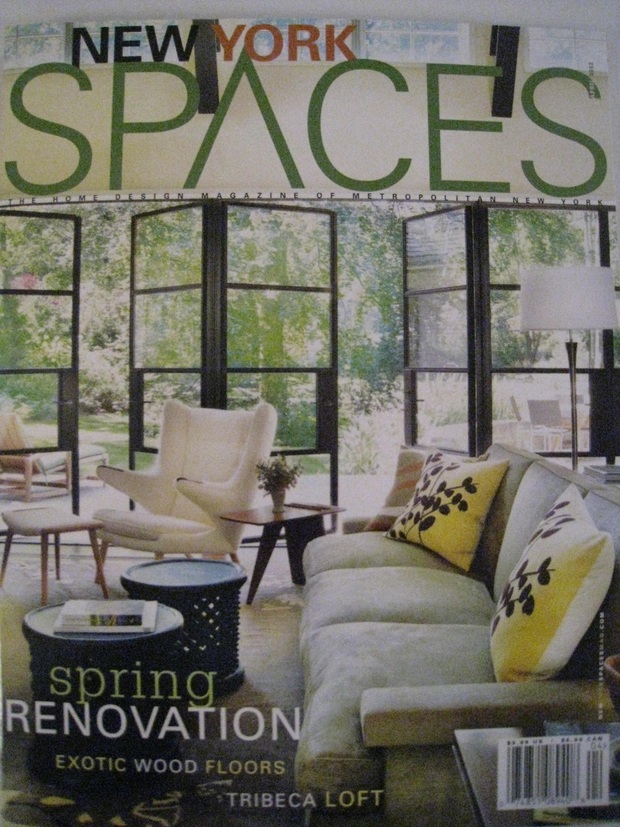 "The owner's wanted a room for books and paintings - which presented a design issue, since books and paintings naturally fight each other," says architect Richard Sammons. "The other issue with the space was that all the light came from a single - albeit large - north-facing window, which had an irremovable pedimented blind window right in the center of it, exactly where you'd want to be looking out and taking in the view." And the view was spectacular: Located in Gainsborough Studios, a 1905 landmark on Central Park Sotuh, the sixth-story space had the spirit of an urban treehouse, but the physical charm of a raquetball court. "When we came to see the space, it was completely empty with bar walls and a window that created a telescopic effect, so you felt like you were in a long, narrow hall," says Sammons, principal of Fairfax & Sammons, an architectural firm recognized internationally for its commitment to classicsm in a residential context. "We couldn't expand the 25-by-25-foot space or add new windows, but the owner gave us complete freedom, and no budget - allowing us to accomplish a lot in a limited amount of space."

Fairfax & Sammons transformed the stark studio into an urban sanctuary, with floor-to-ceiling paneling and sliding bookcases defined by millwork inspired by ancient tabernacles. Well-placed mirrors - over the mantel and in the room's original blind spot - capture and reflect all available light. By adding a balustraded balcony under the newly coffered ceiling, the architect created a second level for housing the owners books and art collection (consisting primarily of readers reading), as well as an aerie for birdwatching. The space is accessible via a maple spiral staircase, inspired by a famous late-19th century example the owner had admired in Santa Fe's historic Loretto Chapel, located at the end of the Santa Fe Trail. "The construction of that particular staircase is said to have been a miracle," notes Sammons. "Of course, we can't perform miracles - but we like to have a chance to figure things out." 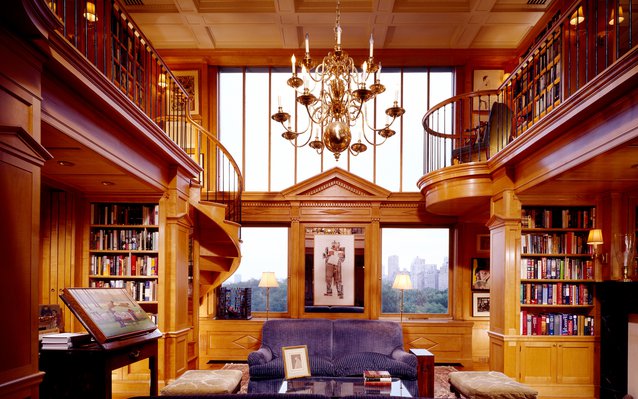