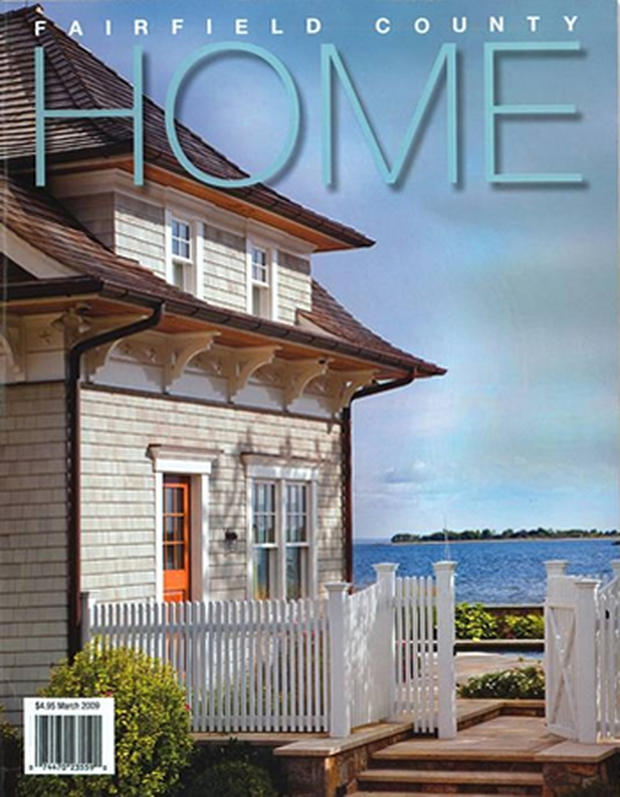 "Fairfax says of the project, “It was our first large commission, a bit of a watershed for us and fairly challenging. Forging a relationship with the owners and understanding their needs was a great experience. We also needed to understand the whole matrix of the existing house. It was like a huge shed. It was nothing but raw studs, a puzzle, and we had to fit the clients’ program needs into this existing shell. We had to infuse character into the house, which was done with a sort of Frank Lloyd Wright approach, but it was not exquisite or detailed or beautifully sited. It was backwards on the site; the garden faced north. You want sunlight flooding through your house, and it was difficult to get light into the interior of this big, baggy house. It was so large we didn’t know what to do with some of the rooms.

The architects decided to infuse the house with a well-blended, eclectic character.They looked for inspiration to the work of American-born Henry Hobson Richardson, a predecessor of Loyd Wright. Richardson had traveled to Paris in 1860, the second United States citizen to attend the prestigious École des Beaux Arts. His work, including the famed Trinity Church of Copley Square in Boston, possesses a distinctly medieval flair. Fairfax and Sammons also drew inspiration from the structure of St. Paul’s Church in London’s Covent Garden and the work of Ernest Newtown, an English Renaissance architect who believed that a house should melt into its surroundings. With a final hint taken from the American Colonial Revival movement, Fairfax and Sammons had their blueprint." 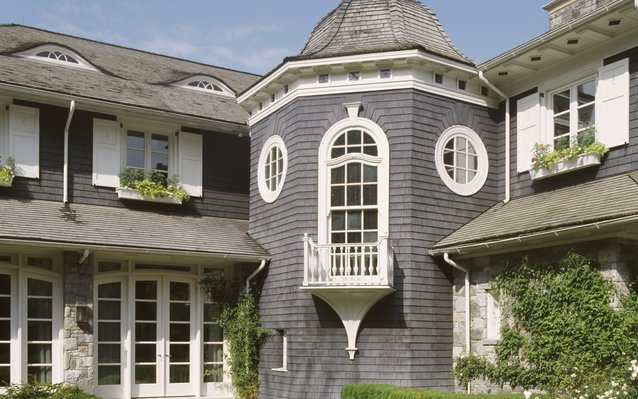