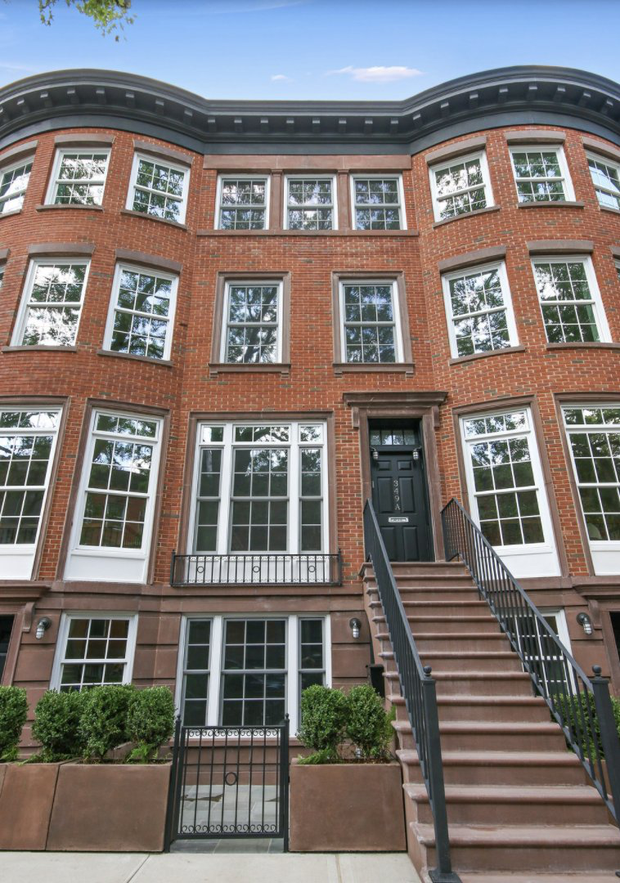 Lack of space and money were the driving forces behind the design of seven new period-style townhouses in Cobble Hill, Brooklyn. The circumstances were far from ideal, but Richard Sammons, of Fairfax & Sammons Architects, can’t pass up a challenge. By the time the developer commissioned the project, the important parameters—the number of units, seven, as well as their height, scale, and mass—had already been decided.

The developer had planned 15-foot-wide townhouses that had three stories plus setback penthouses and roof terraces. Half of the units were to have basement apartments.

“Originally, the developer was going to build modernist townhouses like another project in the neighborhood,” Sammons says. “But the real estate agency that was going to market the units persuaded the company to change to a traditional style.”

Sammons, who has designed numerous townhouses, knew it would be tricky to site so many units in such a small space. “I would have suggested building six instead of seven,” he says, “and even that would be tight. I knew an identical product would be a nightmare, so I decided to mix them up.”

He used various 19th-century references—the Chelsea houses in Manhattan, the bow-windowed brownstones of Boston as well as Irish and English houses—to create a vibrant visual pattern that gives the illusion that there are far fewer units.

The middle townhouse features a three-bay window centered in the attic story. It sets the stage for Sammons’ two-bay alternating pattern and bow-front facades.

“This allows the townhouses to be read as three bays,” he says. “For parity, the remaining houses have octagonal bays on the garden fronts. The houses are further differentiated by alternate entries—one on the ground level, one on the stoop.”

The red brick-on-block facades, trimmed with brownstone cast stone and sheet-metal cornices, reflect Brooklyn’s rich architectural heritage. “Unbelievably, this project was done for under $300 per square foot,” Sammons says, adding that the units sold quickly. “It proves that good design can be done on a low budget; the only cost is brainpower.”

He says there was another big bonus: Everyone thinks the townhouses are vintage. 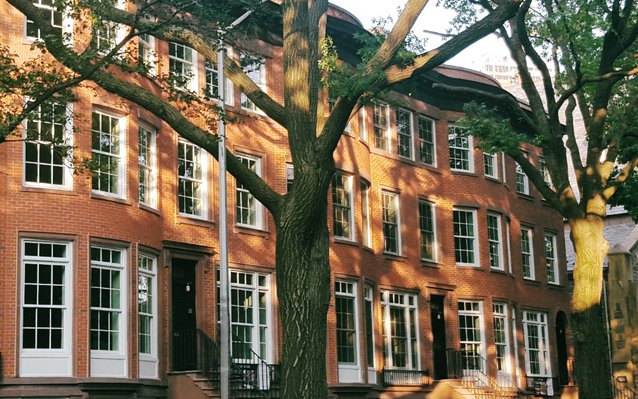