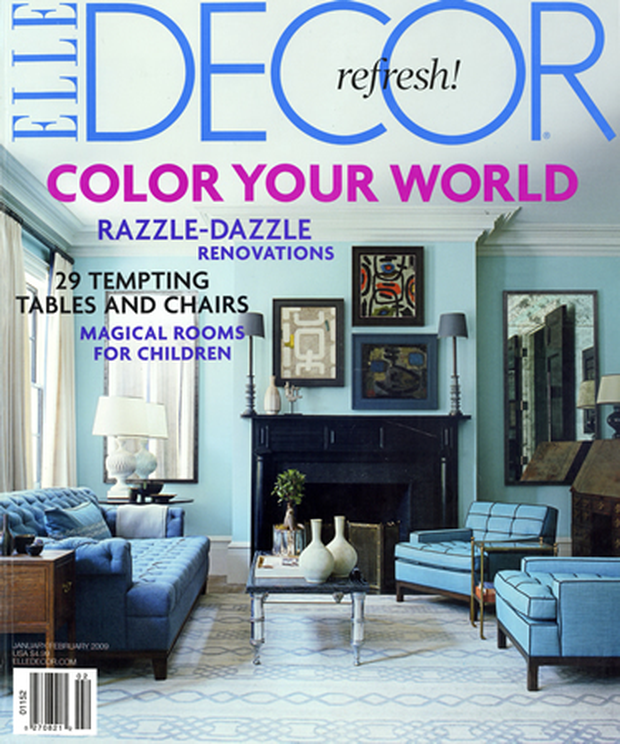 "The couple’s sensitive concern for the ambiance of living space informs their refined home, which bridges the classic and the comfortable. “We wanted a place where a structured, formal shell would embrace a warm interior, ” Field says. To realize this vision, he and Arnstein turned to decorator Alex Papachristidis, a friend of Field's since childhood. “Alex designs by instinct,” Field says. “He conjures environments that meld different schemes and offer surprises that are fun rather than dissonant.” First, however, came the shell. The apartments layout contained cramped private rooms built around a central corridor, and there was little space for storage. A new floor plan by architectural firm Fairfax & Sammons widened some living areas and turned others into closets. To achieve the traditional envelope Field and Arnstein craved, they also installed ennobling details like neoclassical moldings and wainscot. In what became the combination dining room and library (“l hate underused rooms,” Papachristidis says), exposed structural beams formed the basis of a Roman-inspired coffered ceiling. In addition to the requisite dining furnishings-in this case, a walnut Paul McCobb table surrounded by six mid-century Danish rosewood chairs-the decorator put in a marble fire-place surround, a painted mantel and bookshelves, and a pair of tufted mohair settees for reading." - Gregory Cerio 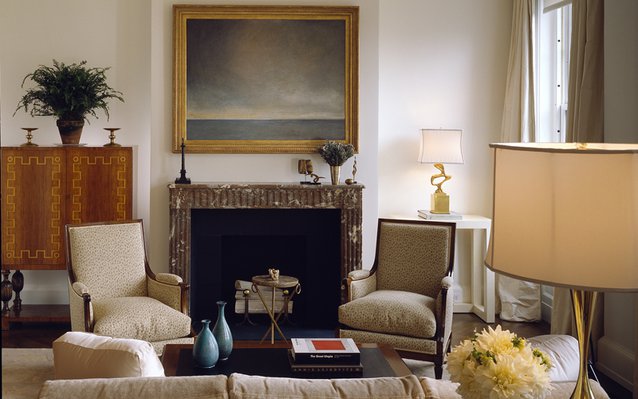