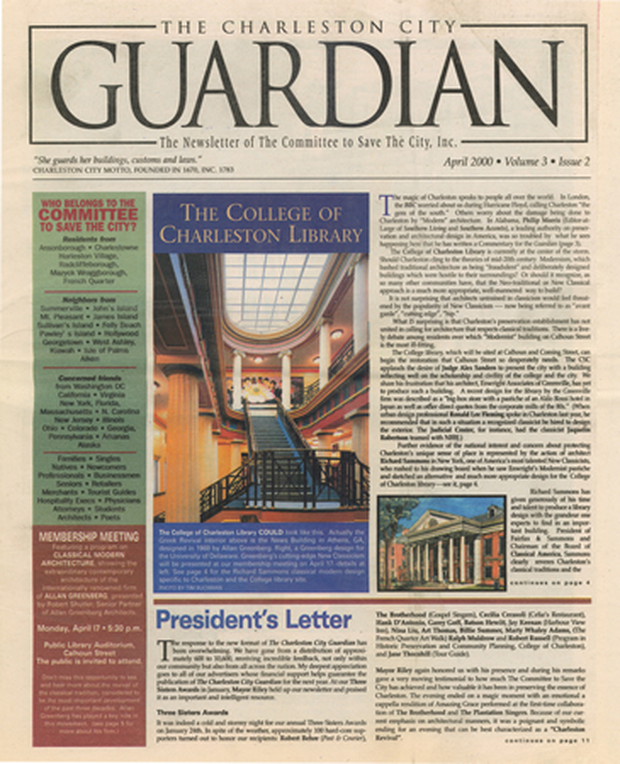 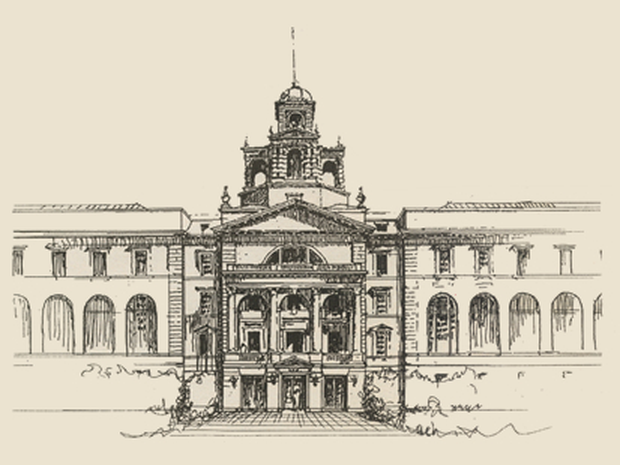 "Richard Sammons had given generously of his time and talent to produce a library design with the grandeur one expects to find in an important building. President of Fairfax & Sammons and Chairman of the Board of Classical America, Sammons clearly reveres Charlston's classical traditions and the civic pride of mid-century Charleston which resulted in monumentally distinguished buildings on Calhoun and Meeting Streets, now most gone. And Sammons clearly mourns Charleston's losses, as evidenced by the reference in his design to the Orphan House (that once stood on the north side of Calhoun Street and was demolished for a Sears Roebuck store in 1953). The design also quotes from Randolph Hall and the original College library (now Admissions) - it certainly is not a replication as a Modernist might like to charge but rather a new and sophisticated design, speaking Charleston's traditional architectural language. (Editor's note: Charleston Antebellum Architecture and Civic Destiny by Kenneth Stevens is a must-read history of a time when architects embellished Charleston with buildings reflecting the city's civic pride.)"