We saw much potential in the Avenida Piedad Colon which includes the amenities of a municipal library, a senior center, a market, and restaurants as well as a park. When we visited, the park was filled with people, the restaurants had brought their tables out onto the street and it was clear that this is a much-used and lively spot with a mix of all ages gathering together. We felt that the street needed to be pulled together with a comprehensive plan for planting, paving, lighting, rehabilitation of the park, and the redesign of the two civic buildings – the library and the senior center. In order to make the entire street more welcoming in the summertime, dense areas of shade are introduced. We felt no need to demolish either of the two buildings but instead felt they could be dealt with aesthetically for a nominal cost with great gain in an improved appearance. The trees in Parque Dominga Ortega can be retained, some to be moved to accommodate the new plan, but essentially kept. The existing trees designated as important by the jury which are along the street will be evaluated in the context of the overall finished design. The existing well/fountain will be retained. For the rehabilitation of Avenida Piedad Colon we felt it was necessary to introduce the concept of the shared public realm – that is, to remove the dominance of automobile and bus traffic allowing the bicycle and the pedestrian to be on equal footing. This is not to say that buses and automobiles will be excluded, but rather they will be slowed down. The library will have a new facade as well as a new arcade, and front steps will be added to give out onto the street, with new masonry bollards in the front. 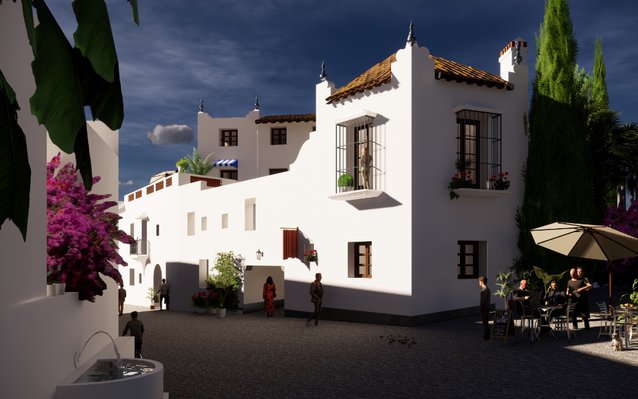 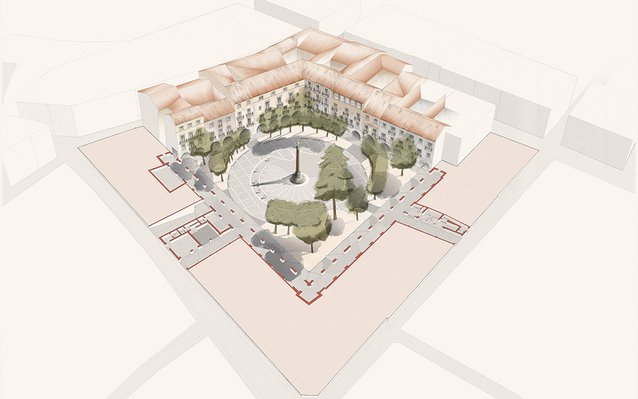 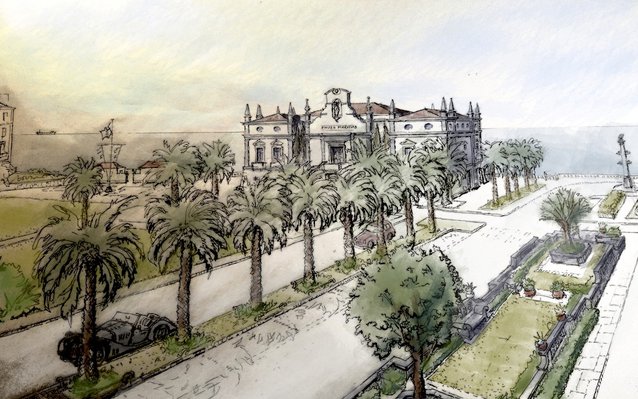