This house was a modest single pile Virginia farmhouse at the center of an extensive holding of its original 500 acres.

The house had previously acquired a sizeable off-center wing to conform to modern usage large family room/kitchen, which left the center looking somewhat feeble. Rather than add another wing, we decided to double the house in the other direction and double the center part from a single room depth to two rooms deep, doubling the house’s main block instead of the entire plate. We added a new roof, new entablature, and a new north facade. The roof has a gable to a hip roof with surmounting balustrade perimeter and Chippendale railing at the top. The new block contains two bedrooms above, a living and office below, and a theater and mudroom in the basement area reached by an English basement solving the grading and drainage issues and allowing the basement to be utilized. 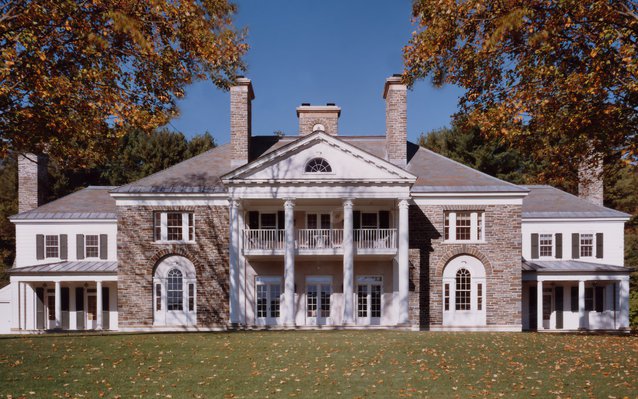 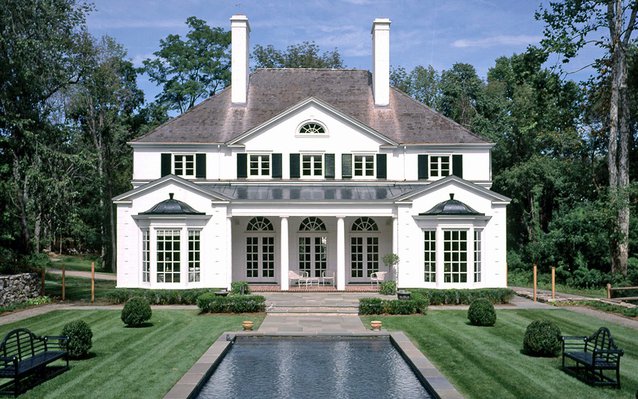 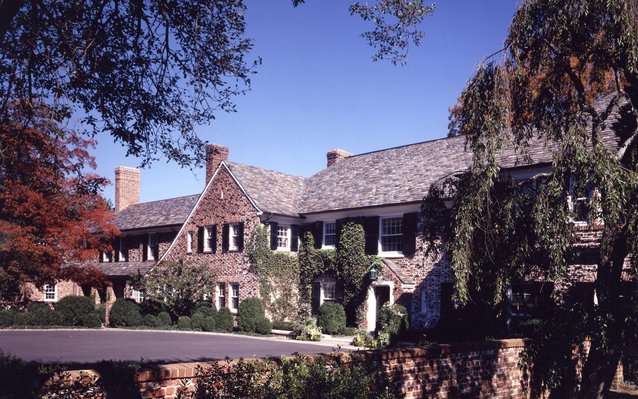