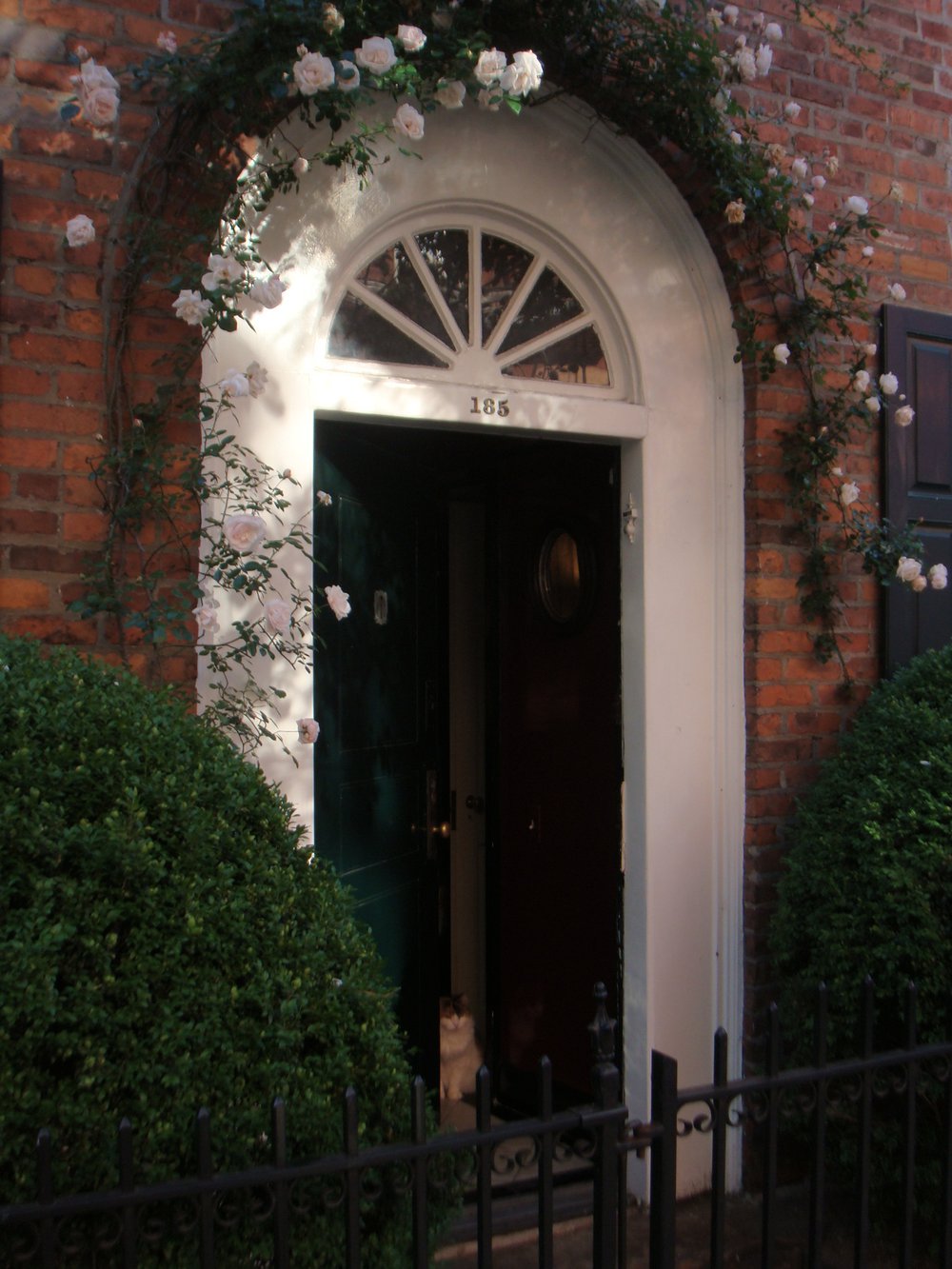 The Fairfax & Sammons House on West 4th Street, New York City participated in the annual OpenHouseNewYork (OHNY) tour in October, 2008. Originally occupied by an Italian sculptor, the designer of the Pierce Arrow hood ornament, it was acquired in the 1920’s by the industrialist and art collector, Armand Hammer, who joined the two buildings together and remodeled them as his New York home. When Anne Fairfax & Richard Sammons bought the property, they embarked on a total renovation that included cleverly remodeling the interior to disguise the irregular form without destroying its idiosyncratic character. OpenHouseNewYork hosts year-round educational programs celebrating New York City’s built-environment, culminating in America’s largest architecture and design event, the AnnualOpenHouseNewYork Weekend.

Kevin Walsh, a writer who published a book called Forgotten New York: Views of a Lost Metropolis[1] took the tour with OHNY. He writes, "In New York we've just finished the 6th annual Open House New York, run by the organization of the same name each first weekend in October. OHNY celebrates NYC's built environment, and mostly succeeds in getting some property owners to open doors that ordinarily wouldn't open to the likes of your webmaster. The event is getting increasingly popular -- enough so that reservations are now required at many events. OHNY distributes a lavish booklet every year listing every location, but since its deadline is early in the summer it gives many owners an opportunity to change their minds about opening, or change the schedule, leaving OHNY enthusiasts fuming (needless to say I'm one of them)." See pictures below for his view of the tour.