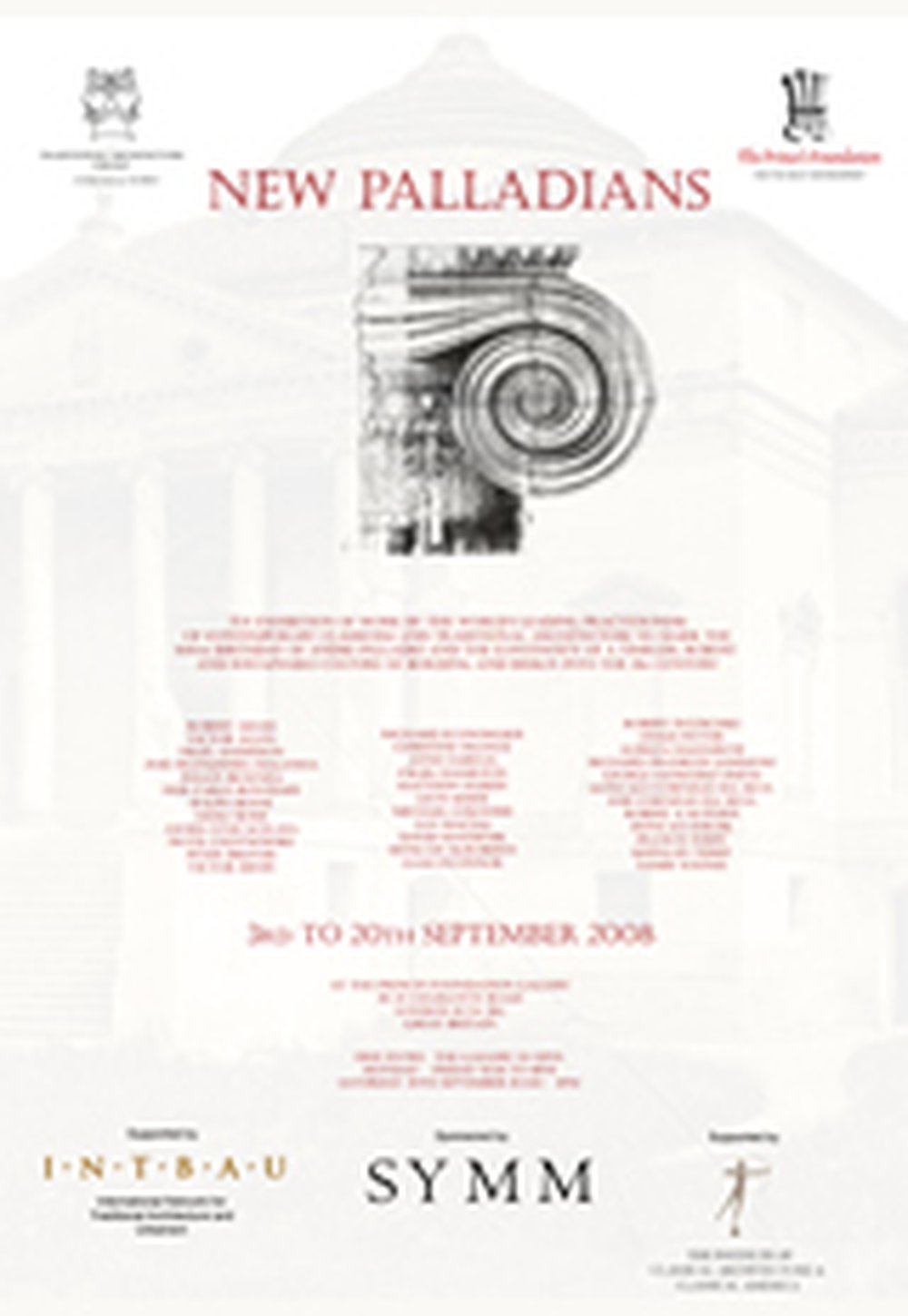 Principals, Anne Fairfax & Richard Sammons were two of a compendium of architects to have an exhibit celebrating Celebrating the Year of Palladio 1508 - 2008 to mark the 500th Birthday of Andrea Palladio. The exhibition, sponsored by INTBAU, toured UK, Europe, USA and Australia and included the works by the world's leading practitioners of contemporary Classicism and Traditional Architecture.  Palladio was an Italian Renaissance architect whose ideas unleashed a passion for classical architecture which reached far beyond the shores of Italy, and well into current practise.

INTBAU is the International Network for Traditional Building, Architecture and Urbanism.Patron His Royal Highness Prince of Wales and the many traditionally minded architects, professors, builders and patrons have this one ethos in mind: "By education and training in traditional architecture, urbanism and the building crafts, we encourage people to maintain and restore traditional buildings, and to build new buildings and places that contribute to traditional environments and improve the quality of life in cities, towns and villages around the world."

"The exhibition celebrates the continuity of the classical and vernacular principles of Palladio’s timeless, robust, and sustainable culture of building and design into the 21st Century." - Alireza Sagharchi

Furthering the energy of this great concept a book has been published, New Palladians - Modernity & Sustainability for 21st Century Architecture.