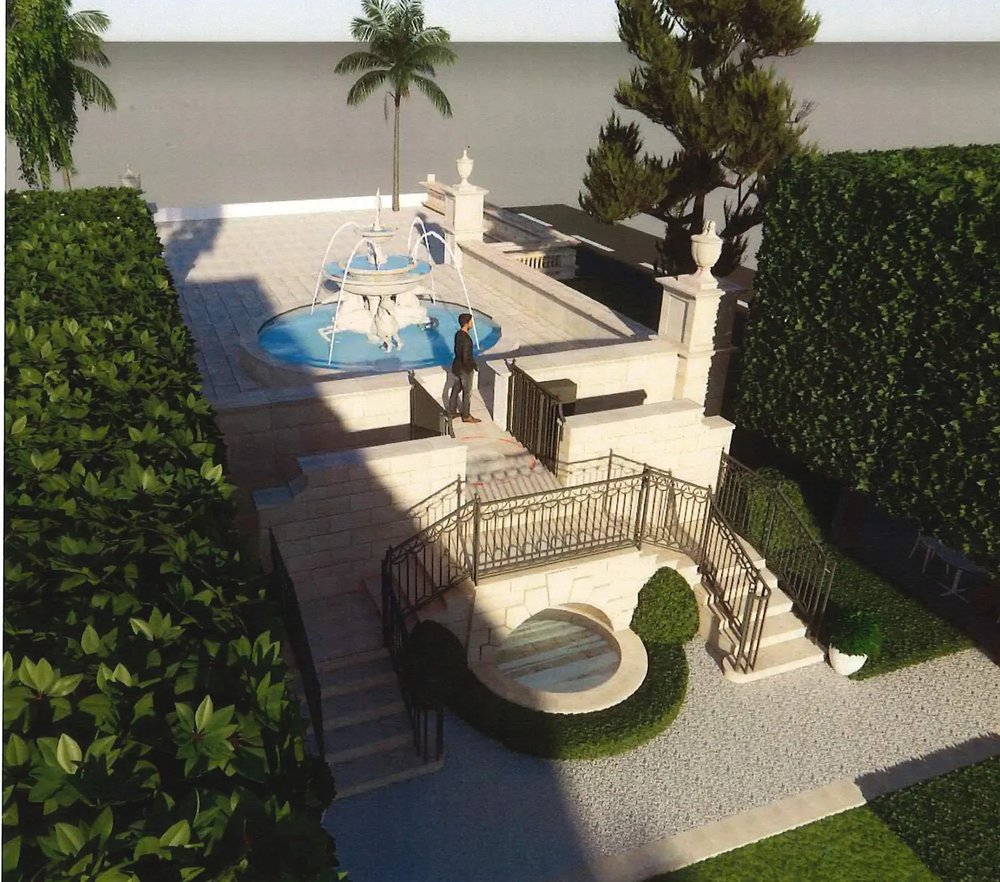 Previous efforts to add stairs to the landmarked structure, which was designed by famed architect Addison Mizner in 1929, were scuttled when the Florida Division of Historical Resources objected to the project over concerns that it would detract from the architectural integrity of the fountain.

Those concerns have been echoed over the years by council members, residents, and others who say the addition of the steps — which are being designed by classical architect Richard Sammons — would damage Mizner's historic structure.

"I agree that historic preservation needs to be flexible, and I've encouraged many changes over time to historic structures," said Jane Day, a former preservation consultant to the town's Landmarks Preservation Commission.

"This, however, is a piece of artwork. It does not have to have this addition. To add steps to the south of the fountain changes the focus of the main fountain from a focal point to a corridor, a space to get from here to there, from one park to another. I think the Mizner Fountain is worth more than that."