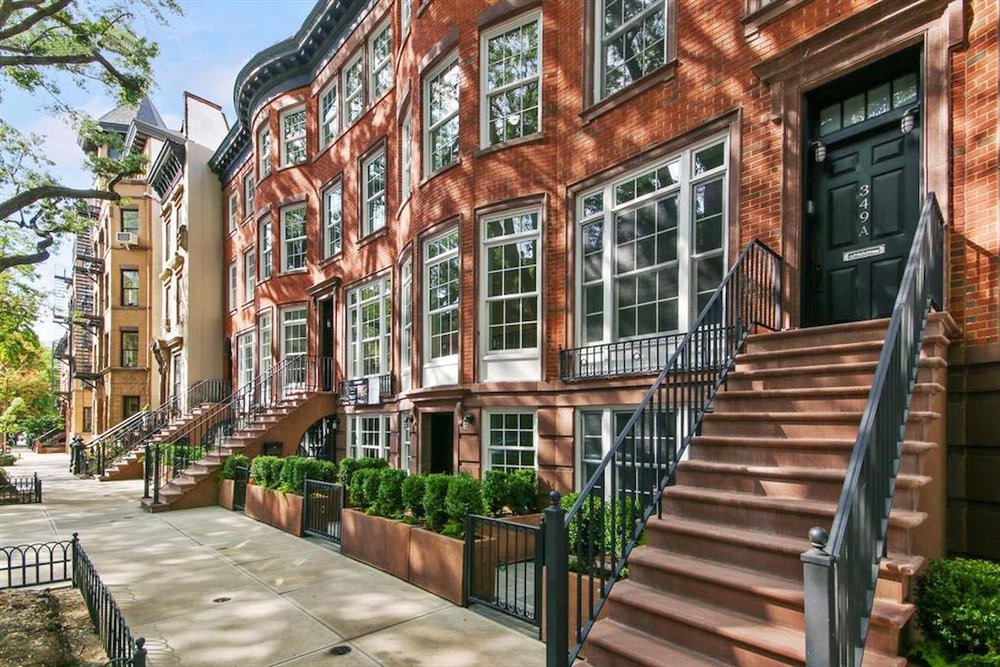 Fairfax & Sammons won the prestigious Palladio Award for a new row of townhouses in Brooklyn, NY, awarded by Traditional Building Magazine. This urban development project consists of a row of seven, fifteen-foot wide, single-family townhouses located in downtown Brooklyn. The firm was engaged in the design and detailing of the facades for the row. As the developer insisted on seven units and the house are only fifteen-feet wide, normally only enough for two bays; to avoid the monotony of seven 2-bay houses we decided to use a bow front on every other house allowing these houses to be read as three bays. For parity, the remaining houses have octagonal bays on the garden fronts. The houses are further differentiating from the alternate entries from ground level to first via stoops.