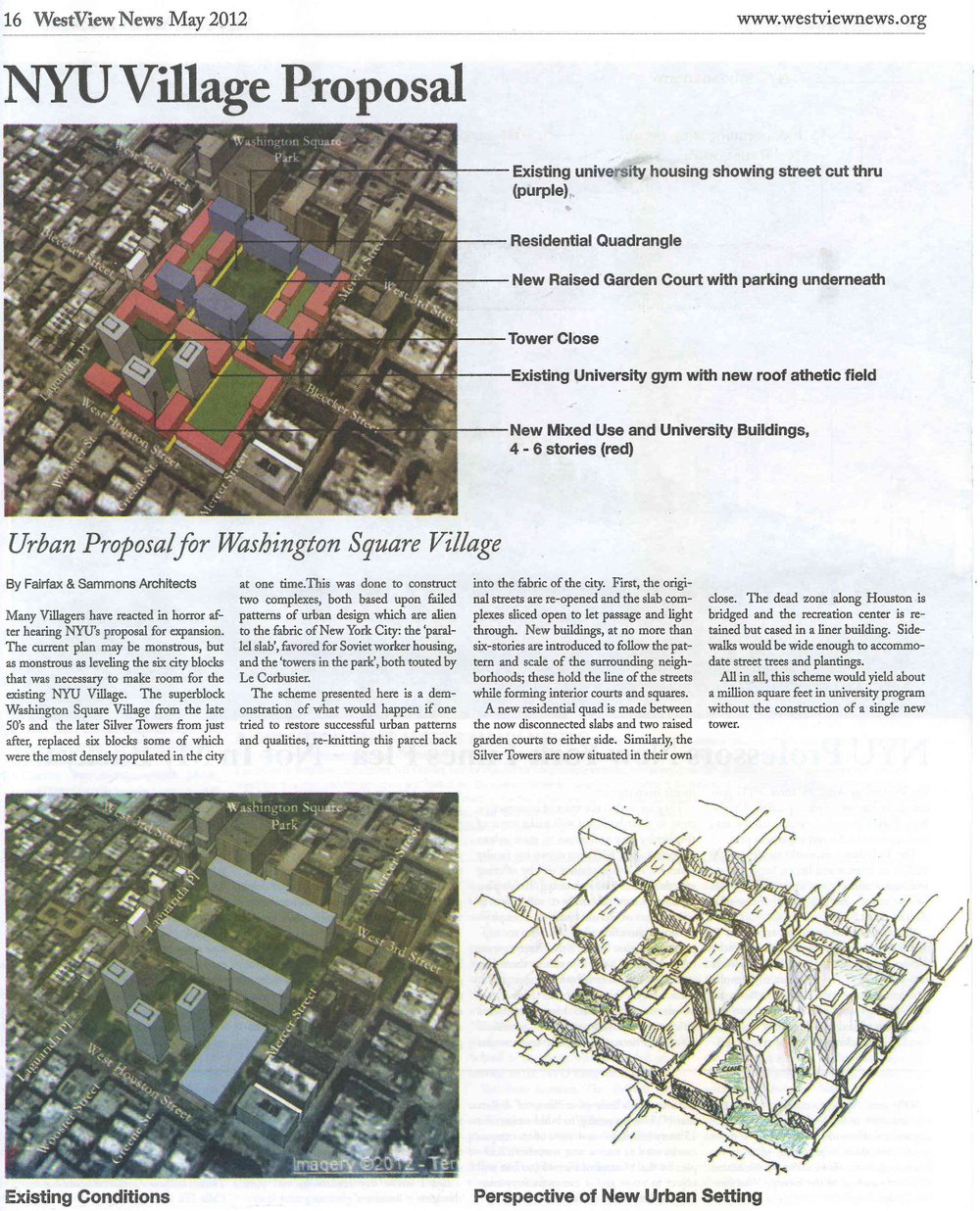 Many Villagers have reacted in horror after hearing NYU's proposal for expansion. The current plan may be monstrous, but as monstrous as leveling the six city blocks that was necessary to make room for the existing NYU Village. The superblock Washington Square Village from the late 50's and the later Silver Towers from just after replaced six bocks some of which were the most densely populated in the city at one time. This was done to construct two complexes, both based upon failed patterns of urban design which are alien to the fabric of New York City: the 'parallel slab', favored for Soviet worker housing, and the 'towers in the park', both touted by Le Corbusier.

The scheme presented here is a demonstration of what would happen if one tried to restore successful urban patterns and qualities, re-knitting this parcel back into the fabric of the city. First, the original streets are re-opened and the slab complexes sliced open to let passage and light through. New buildings, at no more than siz-stories are introduced to follow the pattern and scale of the surrounding neighborhoods; these hold th eline of the streets while forming interior courts and squares.

A new residential quad is made between the now disconnected slabs and two raised garden courts to either side. Similarly, the Silver Towers are now situated in their close. The dead zone along Houston is bridged and the recreation center is retained but cased in a liner building. Sidewalks would be wide enough to accommodate street trees and plantings.

All in all, this scheme would yield about a million square feet in university program without the construction of a single new tower.