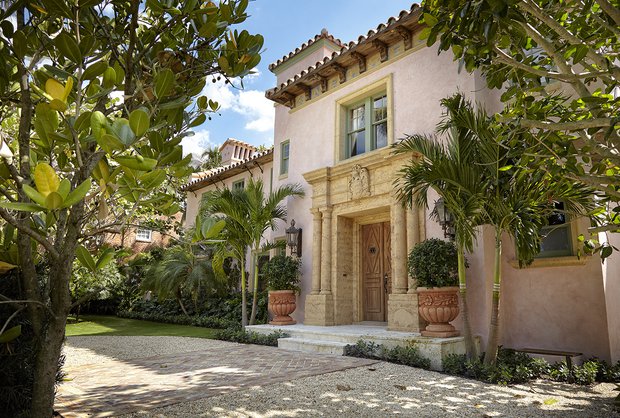 This project called for the creative restoration of a Spanish Colonial Revival style house in Palm Beach, Florida. The house, built in 1928, is a stucco balloon frame two-story building attributed to the architect John Volk. Many of the house’s original features had been retained, but it had also been renovated and added to periodically over the years. Many interior spaces were gloomy and bore no relation to the original house. Our intent was to preserve the integrity of the original house, but renovate and restore. New rooms, spaces, and architectural features were designed to be in the spirit of the old. Quality and authenticity of materials and craftsmanship were of paramount importance, not just ot us, but to our clients who are designers and collectors. They wanted to preserve original elements that remained, and respectfully create new in character with the old, but also incorporate modern furnishings, materials and artwork in a distinct but appropriate way. They were highly involved throughout the design process, and thusly the house is uniquely suited to them.

The front elevation of the house remains unchanged with the exception of the addition of a stucco street wall and piers with stone caps. On the garden side of the house, we designed a cypress pergola supported by two stucco end piers with a center cypress post and bracket that relate to the existing loggia posts south of the Family Room.

We added a chimney and new fireplace on the north side of the pergola, and a large single arch steel and glass door for more light into the Family Room. A new pizza oven was designed for the pergola with playful Spanish details.

The number of arched French doors on the south side of the Living Room was increased from 3 to 7 in order to open up the entire south Living Room wall to an existing loggia. The windows that enclosed the full second story of this Loggia were removed and replaced with new casement windows in 2 bays and left open in 3 bays to provide a shaded outdoor loggia off of the Master Bedroom. New balusters on this 2nd story loggia are turned wood in the Spanish style. Our clients also wanted to create a feature of some special interest on the rather bland fac?ade of
their Cottage. We added a small Juliet balcony with bowed stainless steel balusters, a new arched cypress door, and oval window on the east fac?ade. The exterior windows and doors are painted green and the house a mottled pink in keeping with the heraldry of the fresco on the existing tower.

A new Kitchen, Butler’s Pantry, Family Room, and Wet Bar were designed for the south leg (a non-original portion) of the house and included lowering the floors a 1’-0” in order to maximize ceiling height. The Kitchen was designed with new steel windows, a reclaimed-brick and steel vaulted ceiling, and new cypress cabinets with applied panel mouldings in geometric patterns that mimic the designs of several existing doors. In the new Family Room, and existing Living Room and Dining Room, new cypress paneled and beamed ceilings were installed. Several door openings were reworked with figured arches and painted archivolts. New shell stone mantels were designed for the Living Room and Master Bedroom. The original Entry Hall and Stair Hall were preserved.

All of the bedrooms & some of the bathrooms on the 2nd floor and in the Cottage were gutted and re-done. Additional ceiling height was reclaimed in the bedrooms with tray ceilings with painted wood strapping. A new reclaimed brick terrace with Spanish barrel tile screen openings was installed off of two of the guest bedrooms. The Master Bedroom, Bathroom, and Dressing Room was also all redesigned. The extent of the interior renovation was extensive so a new mechanical system was also installed to replace the old.

All in all, the attempt was to design freely within the language and spirit of the original house so that the complete product would be authentic and true to character. 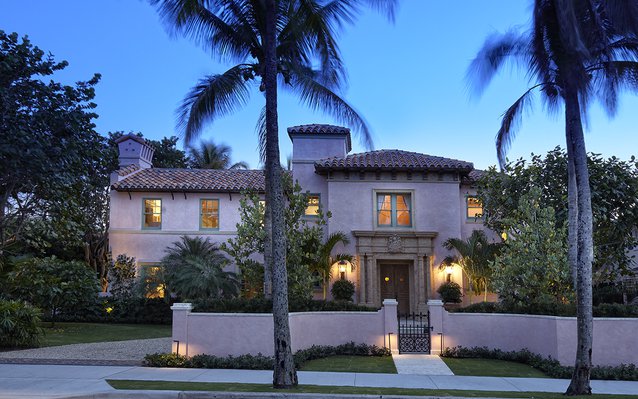